11 Famous Cheese from 11 Regions in France 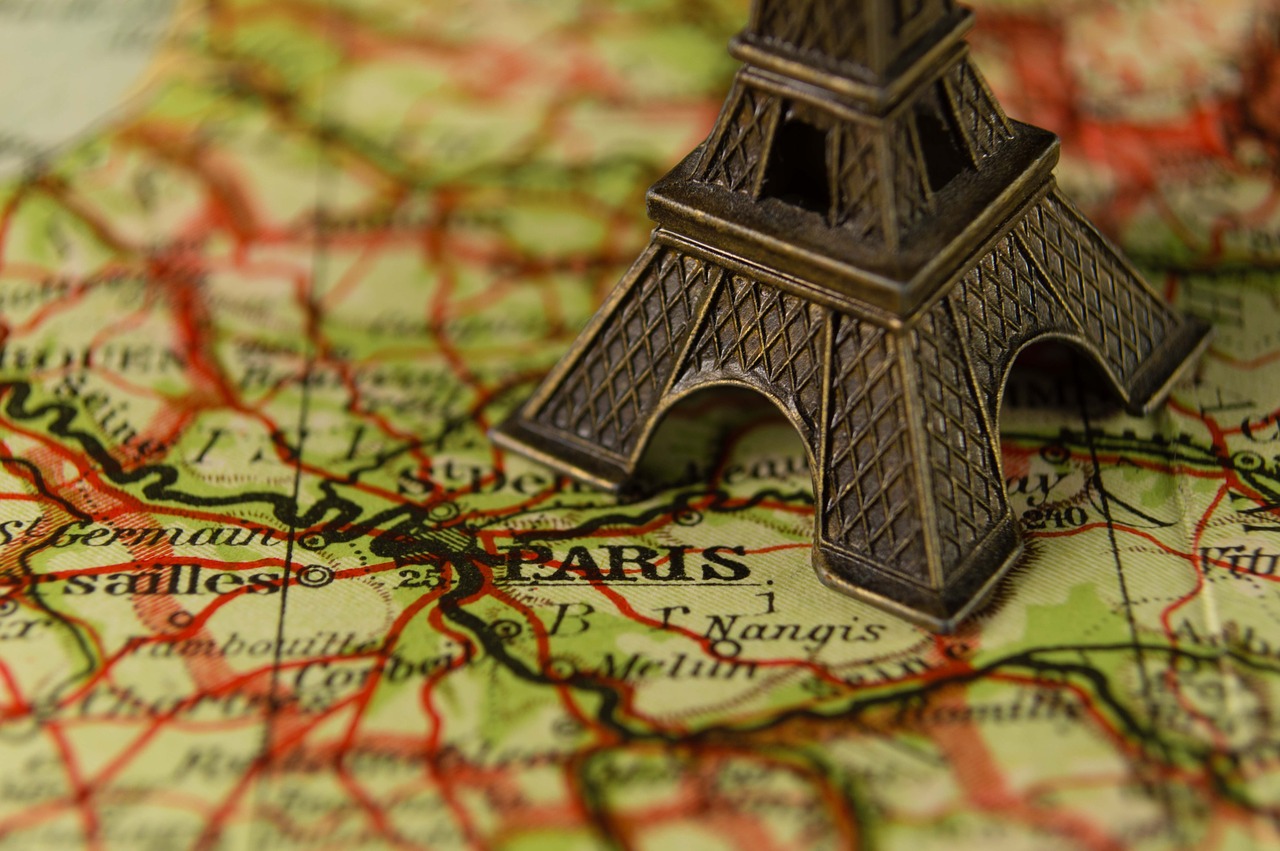 Image by Pexels from Pixabay 2020 has been unpredictable so far, and the response to events have been equally strange. This May, the French government made an unusual request to citizens and asked them to consume cheese to help the dairy industry. Although this appeal sounds unusual, France is known to be one of the largest producers and consumers of cheese. This is the reason why the dip in consumption, locally and internationally, has had a major effect on the industry. So, what exactly makes French cheese so appealing?

A fact that boggled my mind recently is that France has more than 1000 types of cheese. In fact, Charles de Gaulle, a French Premier, is rumored to have wondered at how he was to govern a country that had 246 varieties of cheese! What is even more amazing is that every French cheese differs in aroma, texture, and flavor because of the grass the cattle feed on, climate, landscape, the bacteria used, and the skill of the cheese maker. Some cheeses are so unique that local producers have the sole right to manufacture them, as per the directive of the French Government and European Union. The next time you browse the cheese aisle, look for certifications such as Appellation d'origine contrôlée (AOC), Protected Geographical Indication (PGI), and Protected Designation of Origin (PDO). 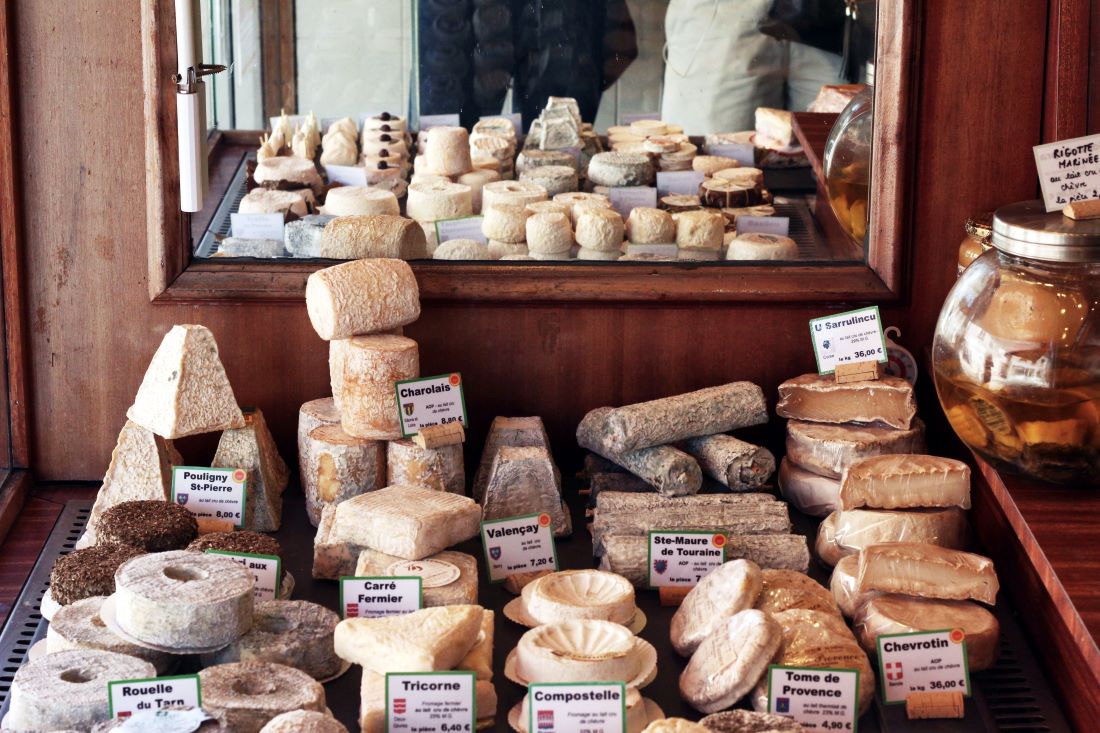 Photo by Elisa Michelet on Unsplash In earlier days, excess milk was preserved by converting it to cheese. Although locals cheese makers added their unique flavor over time, the basic types of cheese are the same. In the absence of wax, the rind of the cheese is safe to eat. The flavor in the cheese rind is intensified and does not appeal to all palates.

Finding cheese in every region of France

As I looked closely, I realized that almost every region produces more than one variant of cheese. Travel restrictions might prevent us from experiencing this firsthand. But, through this blog, let's do a cheese walk, starting from the North and move towards the South, where we will focus on one cheese per region. 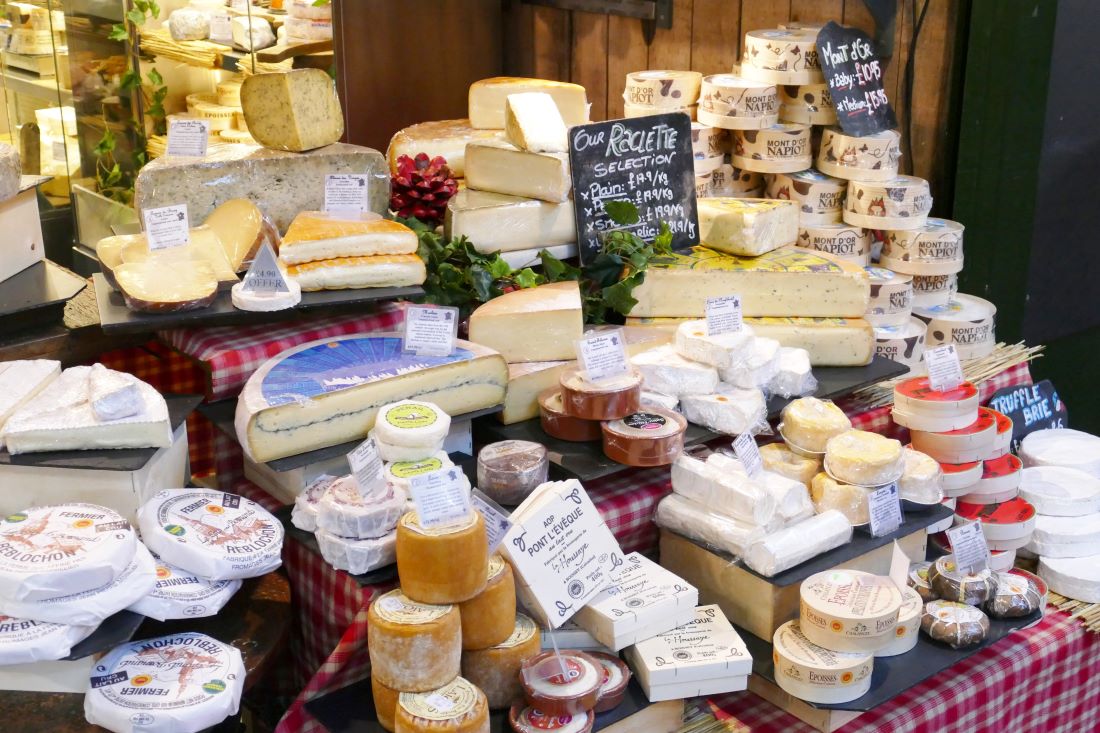 Photo by Frederick Tubiermont on Unsplash Maroilles is a washed rind cheese that has a rich history spread over thousands of years. This popular cow’s milk cheese gets its name from a town in Northern France. Maroilles is AOC certified and shaped like rectangular blocks. The rind develops an orange tint after being brushed for mold, which encourages the growth of bacteria. If you can get past Maroilles’s strong smell, the texture is creamy and tastes sweet and fresh. Camembert is a very popular cheese and comes with an AOC and PDO certification. The cheese was introduced by Marie Harel, with the help of a priest, in the 17th century. This surface-ripened and soft cheese goes through a brining process to discourage the growth of unwanted bacteria. Camembert is known for its white bloomy rind and runny consistency, which is yellow and soft. It has a prominently earthy and buttery flavor. Brie is known as the King of Cheeses for its unique taste and texture. Of the different varieties, Brie de Meaux is AOC certified. Brie and Camembert are compared often because of their bloomy white rind and soft-ripened nature. However, Brie’s history is older than Camembert, with legends placing it in the 7th century. The addition of cream to the curd gives Brie a mild buttery flavor and a white, yet firm core.   Chaource is an AOC certified and soft-ripened cheese, named after its village of origin. The aging process of this cheese takes two weeks to a few months to complete. Chaource is similar to Brie in flavor, with an earthy and buttery taste. The exterior has the same, edible, and white bloomy rind. This cylindrical cheese has a creamy and slightly crumbly texture. Munster Gerome is a washed rind and soft cheese from Eastern France. Monks are known to have produced this AOC and AOP certified cheese in the 7th century. The unpasteurized cow’s milk used for Munster comes from Alsace, Lorraine, or Franche Comte. The rind’s color changes to an orangish-red tint with constant brine washes in a damp cellar. Munster, which is similar to Brie in flavor, has a pungent smell and sticky surface. As it ages, Munster develops a soft and creamy texture. Saint Maure is an AOC certified and soft cheese from Loire Valley. It is made from unpasteurized full-fat goats milk. Saint Maure is noticeable for its log shape, grey mold, and the use of a straw. The straw that runs through the center holds the cheese and helps in the ripening process, by allowing air to circulate. The charcoal or wood ash on the surface elevates the mild earthy aroma and buttery and nutty flavor. The ash was used in the past to help preserve the cheese during transport. Epoisses, a famous washed rind cheese, originated from Burgundy. The AOC certification requires that Epoisses ages for a minimum of four weeks. Epoisses is rubbed with brine and brandy, which not only adds flavor but gives the rind an orange tint, and keeps the cheese firm. Epoisses has a creamy and crumbly texture and a salty and nutty flavor. However, the pungent aroma can be overwhelming. Comte is a highly produced AOC certified hard cheese. The unpasteurized milk of Montbeliarde cows, from the Jura region of Eastern France, is used to make Comte. The cheese gets a natural brown rind after being aged in a cellar and brushed with salt. Comte gets shaped as flat circular wheels, which are 16+ centimeters in diameter. Each wheel varies depending on the year of production, the location where the cows grazed, and the cheese maker. Comte is the only cheese to have 83 flavor profiles. An aged Comte tastes fruity or nutty, while a younger Comte has notes of butter and caramel. Saint Nectaire is a semi-soft, washed-rind, and pressed cheese from Central France. A favorite of King Louis XIV, this cheese was produced in the 17th century and is now AOC certified. Its unique taste is due to the milk of Salers cows, which graze in the rich volcanic pastures of Auvergne. Saint Nectaire’s earthy aroma is a result of aging for eight weeks on rye straw mats. The natural rind turns grey with mold on the surface. The aroma and flavor profiles are similar, which means that it tastes earthy, with notes of milky and nutty flavors. Reblochon is a famous, soft, washed-rind, uncooked, and smear-ripened cheese from the Savoy. It has a fascinating history dating back to the 13th century. This AOC certified cheese uses full cream unpasteurized cow’s milk. The surface is smeared with a strain of bacteria and washed with brine, which provides multiple benefits. It prevents mold, makes the rind soft, and gives it a yellowish appearance. Reblochon has a smooth and creamy texture and tastes fruity and slightly nutty. Roquefort, from the Southern region of France, is one of the earliest known, semi-soft, and artisan blue cheese. This sheep's milk cheese is aptly termed as the cheese of Kings for its unique flavor. Roquefort is required to be aged in the Combalou caves to be able to qualify for an AOC and PDO certification. The blue veins give it a tangy and sharp flavor. The texture is moist, creamy, and crumbly. Roquefort has a natural rind, which is edible.

A call to taste French cheese 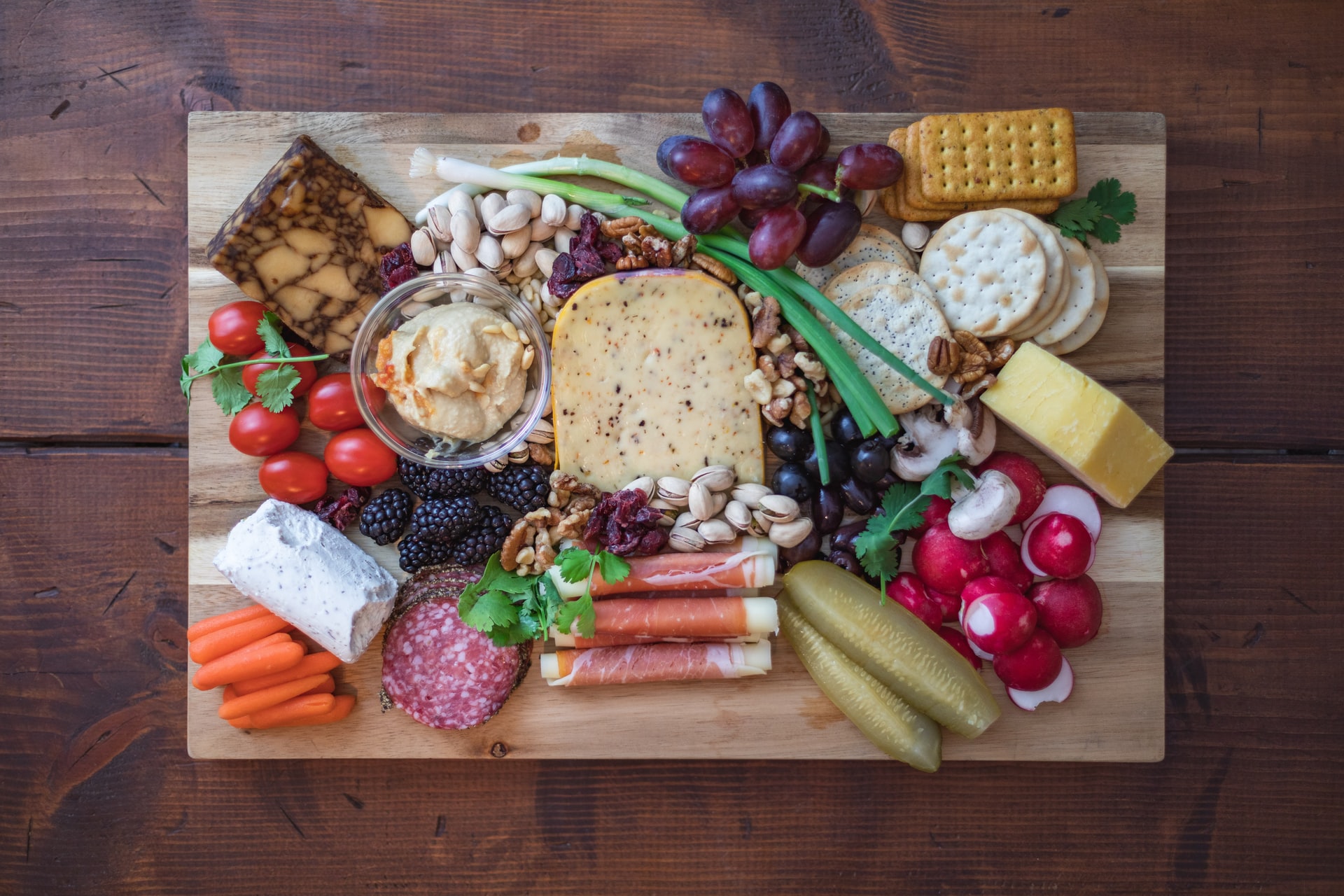 Photo by Luke Southern on Unsplash Cheese often reminds us of good stretchy pizzas, gooey sandwiches, or creamy pasta. But the use of cheese can be extended beyond savory dishes. Brie, for example, complements apple pies and tarts by adding a delicious creamy element. Fruits like figs, grapes, apples, pears, or strawberries pairs exceptionally well with French cheese. Cheese with wine or beer is another way to enjoy this delicacy, especially when you want to elevate your evening up a notch. Given that most French cheeses are easily available online within India, the question is, what cheese are you going to try next? If you're craving something cheesy now after reading this, try out 8 Minutes Microwave Pizza Recipe. It's quick and super fun!